Skip to content
HomeMassachusetts falls farther behind in language education 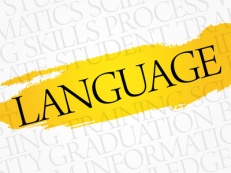 As dual-language programs are added around the country, Massachusetts falls farther behind in promoting language education:

School leaders in New York City, the nation’s largest district, are expanding their dual-language offerings beyond Spanish and Mandarin to include Russian, Hebrew, Japanese, and Haitian Creole.

The Houston school district opened an Arabic-language school this year, in part because the metropolitan region has seen its Arabic-speaking population spike in recent years.

And in the Westminster, Calif., schools, the state’s first Vietnamese dual-language program opened in Little Saigon, a Vietnamese enclave in Orange County.

Supporting opportunities for language learning and academic achievement for students of all ages in Massachusetts.