Skip to content
HomeCoalition celebrates a victory for students across Mass. 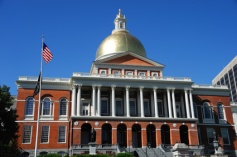 BOSTON – The Massachusetts Legislature tonight approved the Language Opportunity for Our Kids (LOOK) bill, greatly expanding options for English learners in the Commonwealth’s public schools and creating a new Seal of Biliteracy that will help students compete in the global economy. The bill goes next to the Governor for signature.

English learners are the fastest-growing population in Massachusetts schools, doubling since 2000 to more than 90,000 students, or about 9.5% of total enrollment. Some are immigrants, but 82% of them are U.S. citizens, and they live throughout the state: 90% of school districts have at least one English learner.

For 15 years, Massachusetts schools have been required to teach all these students the same way: in “sheltered English immersion” programs, which provide language support, but teach all the content strictly in English. There are exceptions, but they are very limited, benefiting only a small fraction of students.

Although the goal of this “one size fits all” approach was to benefit all students, it didn’t actually meet the needs of the state’s diverse English learner population. Since 2003, the gap between native speakers and English learners in fourth-grade reading scores has widened, for example, and less than half of English learners scored Proficient or Advanced in tenth-grade English and math MCAS assessments – a high school graduation requirement.

English learners also have the highest dropout rate of any subgroup, 6.6%, three times higher than the rate for all students (1.9%). Only 64% graduate from high school, compared with 87% of all students.

Recognizing these problems, the Massachusetts Language Opportunity Coalition, which brings together education and advocacy groups, worked with legislators to change the law. The result was the LOOK bill, which passed in both chambers of the Legislature last year. However, the House and Senate bills could not be reconciled before the end of the session. New bills introduced this year passed the House in June, by a 152–2 vote, and the Senate in July, unanimously, and were sent to a conference committee.

The resulting bill, passed tonight, allows districts to establish the English learner programs they deem to best meet the needs of their students, which may include the current sheltered English immersion, and/or two-way immersion, transitional bilingual, or other options. All programs must be research-based, drawing on best practices in the field, and include components to teach both subject matter (e.g. math) and English language.

“We are very excited about this change for our students and their families,” said Helen Solorzano, executive director of the Massachusetts Association of Teachers of Speakers of Other Languages (MATSOL). “Teachers have long recognized that many English learners were falling through the cracks under the current system. With the passage of the LOOK bill, we will be able to tailor programs to help all our students succeed academically.”

“On behalf of the entire Coalition, I would like to express our deep appreciation to the Speaker of the House, the Senate President, Chairman Jeffrey Sanchez, Senator Sal DiDomenico, and the Chairs of the Education Committee for their unwavering commitment to this legislation,” Solorzano added.

The bill also empowers parents, requiring districts to inform families of their options and allowing them to request any available English learner program for their child. Any group of 20 or more parents can also request a new program (e.g. dual-language or bilingual transitional education). In addition, districts with more than 100 English learners (or over 5%) will now have an English learner parent advisory council.

To ensure the all students make progress towards English language proficiency, the bill requires the Department of Elementary & Secondary Education to develop benchmarks for language acquisition and guidelines to help districts identify students who are falling behind, as well as a “success template” to assist them.

Finally, the bill establishes a state “Seal of Biliteracy” for students who achieve proficiency in English and an additional language. Twenty-eight states and the District of Columbia already have such programs. The Seal of Biliteracy can be earned by students of all language backgrounds, as long as they master both English and a second world language. A successful pilot project is now in its third year in Massachusetts.

“One of Massachusetts’ greatest strengths is the rich diversity of our people,” said Eva A. Millona, executive director of the Massachusetts Immigrant and Refugee Advocacy Coalition. “Students in our schools speak over 150 languages and navigate between cultures every day. That is a huge advantage on the global stage, and we need to build on it. Young people deserve to make the most of all their assets.”

The full text of the bill, An Act Relative to Language Opportunity for Our Kids, is available here. For background, see the Coalition’s detailed factsheet on English learners in Massachusetts.

Supporting opportunities for language learning and academic achievement for students of all ages in Massachusetts.